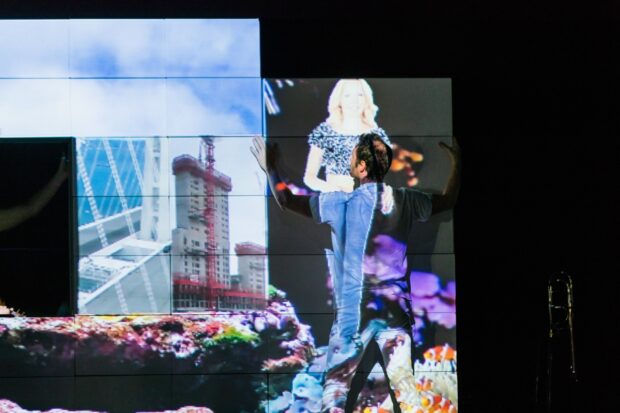 Nice Guys Win Twice reinterprets political discourse in an artistic-poetic manner, taking the phenomenon of ‘fake news’ as point of departure. Through the 50 minute piece, SCENATET will act as performers, taking the audience into a different “narrative” of reality – where spectacles of the everyday uncanny are explored. They shuffle through micro-managed mundane gestures as a form of choreographed self-care, render the language of political dramas into sputtering piles of abstract glitch, and push around projections of everyday technology – slowly building up a mediated and drowsing cover of the real.