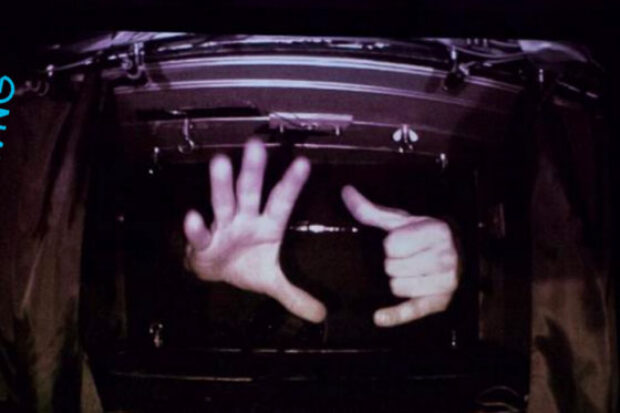 With these three pieces, SCENATET will set the stage for a theatrical evening showing the cutting edge of European contemporary music.

‘sky-me, type-me’ is inspired by modern forms of communication and the replacement of face-to-face relationships by email, massaging and Skype. Four megaphone-wielding vocalists bring to life the rhythms of typing, the glitch-ridden resemblances of human speech, the unstable flow of  a connection, and the simplification of sentiment when emoticons are more convenient than words.

Christian Winther Christensen’s brand new piece ‘Freunde’ takes us into a subtle universe where music occurs in the interaction between four musicians, one computer and simple rules.

‘Black Box Music’ is scored for percussion solo, amplified box, 15 instruments and video. The starting point is the classical soloist-conductor, only in this case, the conducting and the solo part are one and the same. The setting is a traditional theatre stage with curtains, props and light; only in this case, the stage is also an instrument. ‘Black Box Music’ could be said to be a deconstruction of conducting and puppet theatre as well as an exploration and exploitation of the audio/visual relations inherent in conducting and staging. The “grand show” is in three movements, starting with ‘Ouverture’ and ‘Slow Second Movement’ and then finishing off with the festive, pompous, self-imploding ‘Finale’.