On April 19th SCENATET played their first concert ever in Turkey!
The concert was called “A Theatre of Sounds” and was a portrait concert of composer Juliana Hodkinson, who stayed at the Boğaziçi University, Istanbul in a recidency for one month.

2014 marks the 20th anniversary of composer Juliana Hodkinson’s collaboration with some of the core musicians of SCENATET, and several of the works in this concert were written specially for the ensemble’s members.

The concert’s first half included mainly acoustic works from 1999 onwards, including Why linger you trembling in your shell?, When the wind blows, Harriet’s song, and sagte er, dachte ich. The second half presented Hodkinson’s new electro-acoustic instrumental-theatre work Angel View, fresh from its premiere at MaerzMusik in Berlin in March 2014. 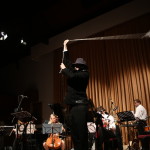 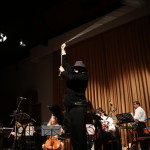 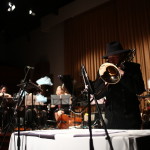 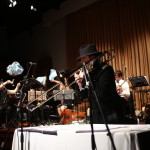 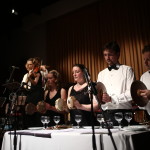 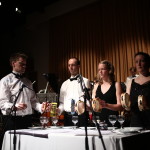