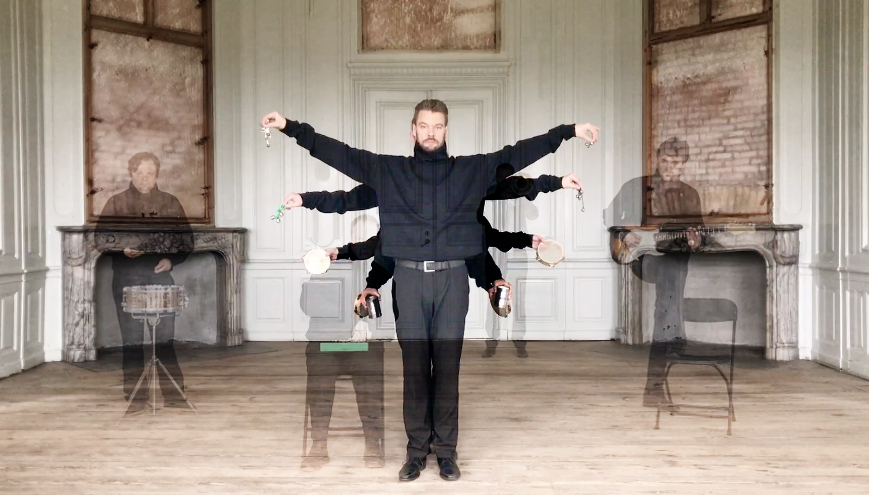 Together with Danish film maker Michael Madsen and composer Juliana Hodkinson, SCENATET will create an art music film based on the piece Angel View, composed by Hodkinson and premiered by SCENATET in 2014.

After having performed Angel View three times, for the first time at the MaerzMusik festival in Berlin in March 2014, then at SPOR festival in 2014 and lastly in Warsaw in the fall of 2016, SCENATET has a very close relationship to this piece. Therefore, it is a great pleasure for SCENATET and artistic director Anna Berit Asp Christensen, in collaboration with Juliana Hodkinson and film maker Michael Madsen, to develop and transform Angel View – the underlying score and live concert – into a cinematic work.

With its plethora of urban sound and musical fragments, Angel View fuses speechless radio, cinematic soundtrack and instrumental theater – and it is exactly the theatrical and cinematic aspects of the original form, which will make up the core of the cinematic production. The Angel View Movie is planned to be released in 2017/2018 and will be on display at festivals and as an audio-visual installation at galleries and exhibition programmes during 2018.