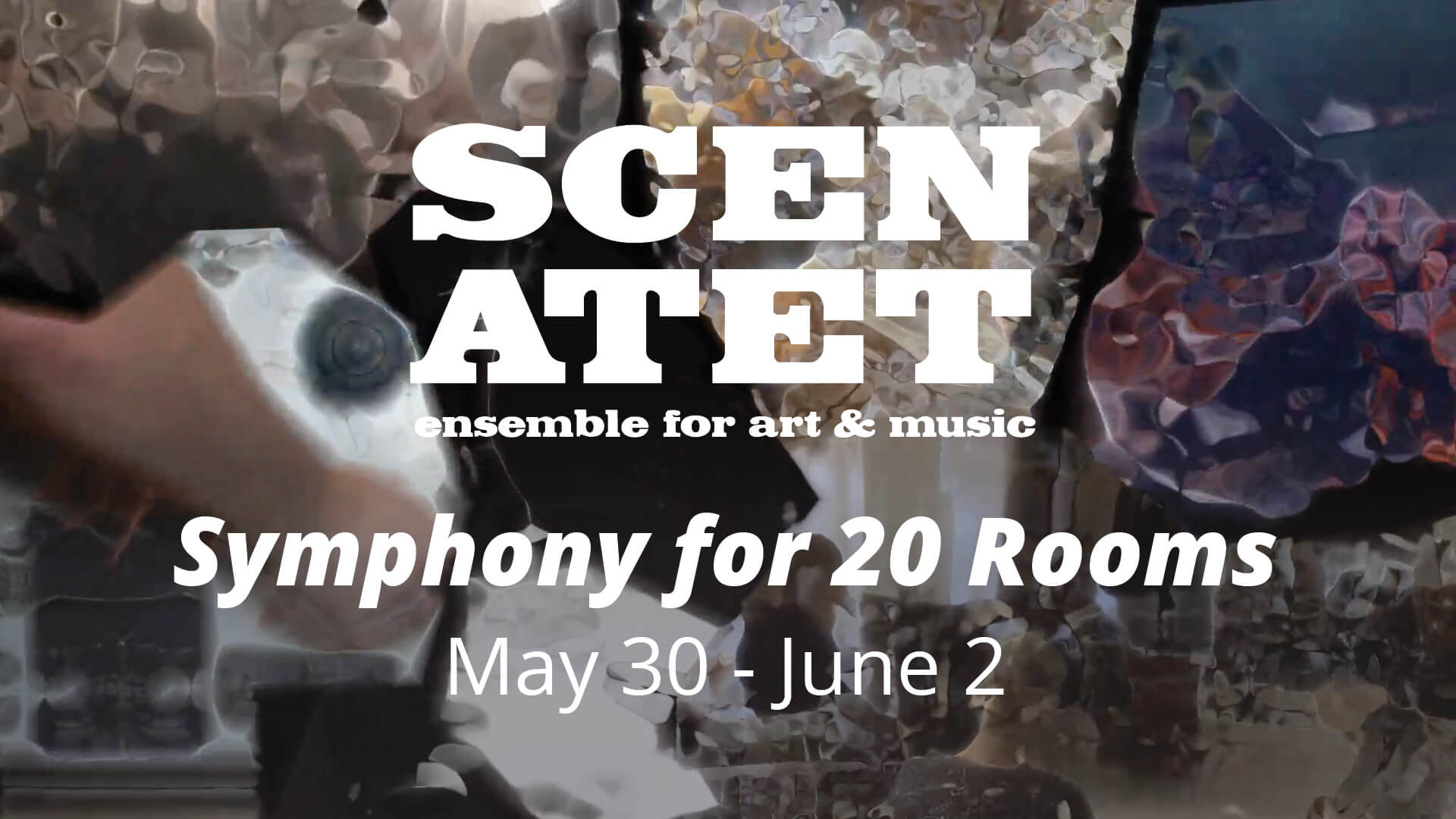 Symphony for 20 Rooms is a playful participatory, interactive symphony written in 1961 by the renowned Fluxus artist and composer Nam June Paik (1932–2006). It captures the true spirit of Fluxus where time becomes an illusion created by change in matter and the relationship between audience and event is turned on its head. It’s inclusive and suitable for all ages.

In this extraordinary piece, the audience is invited to wander freely between small and big intimate worlds of sounds and sensory expressions. The piece is presented as an exhibition with a whole series of rooms, each room consisting of objects, instruments, lighting, live animals, grains of sand, pieces of clothing etc. Performative surprises pop up along the way and add to the multifaceted experience. The rooms create worlds of sound, visual expressions, flowing information, textures, atmospheres, colours and nuances – and the audience is invited to create their own connections and meanings in the generous flow of impressions.

Nam June Paik challenged the traditional notions of art – working across fields of art like music, performance, installation, sculpture and video. As seen in Symphony for 20 Rooms, he aimed at breaking with the traditional, static relationship between composer, performer and audience. Symphony for 20 Rooms is an art work which is rarely performed due to its comprehensive character, and it has never previously been performed in Denmark. Director Lore Lixenberg staged together with SCENATET and artistic director Anna Berit Asp Christensen the piece in collaboration with Den Frie Udstillingsbygning in May/June 2019.

The exhibition was open within the following hours, and the audience was invited to experience the pieve in their own way and time.