WEEP AT THE ELASTIC AS IT STRETCHES 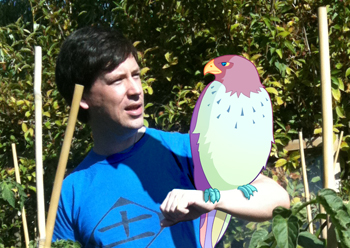 SCENATET and composer Matthew Rogers are premiering a new piece at the concert series Kammer Klang in London. The piece Weep at the Elastic as it stretches: An adaptation of N. F. Simpson’s Prayer is commissioned by Kammer Klang specifically for SCENATET.

The piece is a formal response to a number of starting points: medieval codes, modal realism, rhetorical structures and quasi-absurd plays of Norman Frederick Simpson.
N. F. Simpson is a well-known English absurdist playwright and the main title of this composition is a line drawn directly from a part in his first play A Resounding Tinkle. Several references to this occurs in the piece, such as a brief flash of the English folk song Sweet Polly Oliver, which is played in the particular scene in A Resounding Tinkle, or the fact that some parts in the piece takes their cue from the idea of expanding or stretching something, as in the title of the composition.

Formally it is a prayer of thanks, but the content is entirely atypical. It asks that we rejoice in all manner of unexpected objects, situations and concepts, taking great delight in the most categorical of descriptions and in a complete lack of distinction between the mundane and the exotic.

As a result of having an absurdist playwright as inspiration Weep at the Elastic as it stretches is a playful piece, where the musicians are challenged physically in the performing of the music and in their ability to relinquish control, since these challenges will reveal exceptional and complex details that do not necessarily match the score in front of them. The relation between musician and score will cause a joyful attempt to play with a material, which is constantly wriggling and writhing, like trying to catch a fish with your bare hands.

Matthew Rogers himself adds to the description: ”The work as a whole is both deeply silly and deeply profound, which is a combination I not only enjoy, but think is important”.
Also typical of N. F. Simpson’s work is the effect of both ridiculousness and sublimity, encapsulating the ineffability of an existence somehow both arbitrary and profound.

Weep at the Elastic as it stretches is a vast piece. The duration is 40 minutes unfolding over 13 sections and it is composed for viola, cello and clarinet.

Matthew Rogers is a British composer who has written for and with a host of leading instrumentalists, ensembles and technologists, creating music and installations for legendary concert halls, theatres, galleries and public spaces. He studied with Gordon McPherson at the Royal Scottish Academy of Music and Drama, graduating in 2001, and continued his education with Oliver Knussen and Magnus Lindberg at the Britten-Pears School for Advanced Musical Study.