SCENATET is excited for the month of November where we will be going to Brazil to do 3 performances at respectively SESC São Paulo and this year’s Festival Música Estranha. Furthermore, artistic director Anna Berit Asp Christensen will be participating in debates and seminars along with other creative minds with the aim of developing contemporary music and sound art. The project is organized and economically supported by Danish Cultural Institute, and supported by KODA Culture, the Danish Arts Council, and Knud Højgaards Fond.

RESTAGING OF ‘ME QUITTE’ BY NIELS RØNSHOLDT
Two of the three performances during our stay in Brazil will be of ‘Me Quitte’ by composer Niels Rønsholdt. This composition turns the tradition of crooning upside down and undermines its vitality and potency. In the 10 songs of the composition, Jacques Brel’s chanson ‘Ne Me Quitte Pas’ (‘Don’t Leave Me’) is picked apart and sung backwards, while the lyrics are reflected and further distorted in a cabinet of magic mirrors – ultimately taking the form of a love song as it would be sung in hell. In the almost hypnotic cycles of music, the audience may sometimes end up looking past the demonic and awkward character of the composition and allow themselves to be carried away. Just as it could happen with love.

A SELECTION OF DANISH COMPOSITIONS
For one of our performances in Brazil, SCENATET is compiling an array of works by Danish composers and international artists who have a special connection to Denmark. The list includes Kaj Duncan David, Josefine Opsahl, Juliana Hodkinson, Simon Steen-Andersen, Marta Śniady, Simon Løffler, Christian Winther Christensen and Lasse Schwanenflügel Piasecki. The composers will be doing one big showcase of works, excellently demonstrating new waves of contemporary music and sound art. 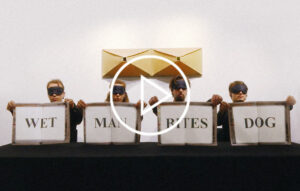 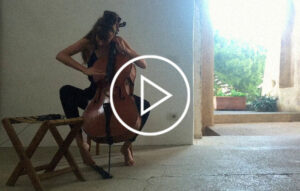 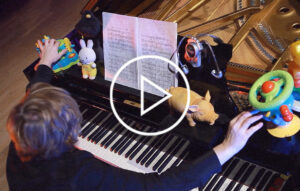 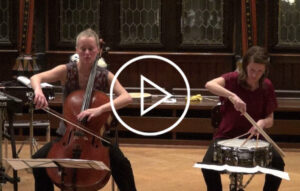 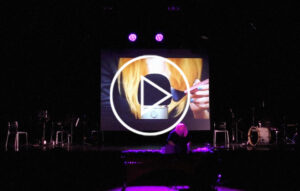 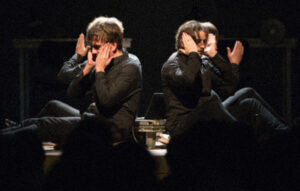 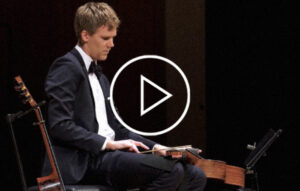 ‘Cover Me’ (2014) by Lasse Schwanenflügel Piasecki

A CROSS-CULTURAL COLLABORATION
Our trip to Brazil is a residency funded by Statens Kunstfond for the purpose of strengthening intercultural cooperation in the musical field. While SCENATET is doing performances, showcasing works by an array of Danish composers, artistic director Anna Berit Asp Christensen will undertake an independent 14-day residency – partly by virtue of her role as artistic director at SPOR festival. She will participate in debates and seminars along with other creative minds, with the aim of developing festivals for contemporary music and sound art in both Brazil and Denmark as well as sharing experience and inspiration from the experimental music field in general.