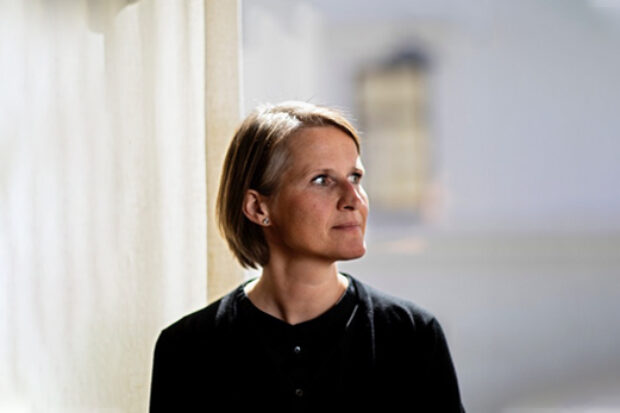 This month, SCENATET welcomes our new chairman of the board of directors, Sanne Kofod Olsen. At the same time, we also pay thanks for the good teamwork to our former chairman, Elisabeth Nøjgaard, who assumed her new position in September as director of the Karen Blixen Museum in Rungstedlund.

Sanne Kofod Olsen is a trained art historian working as head of the Faculty of Arts at University of Gothenburg, which has educational programmes and does research within all arts. Sanne Kofod Olsen holds several years of experience in management within the visual arts, especially focusing on artistic education, and is former principal of The Royal Danish Academy of Fine Arts. In the same line of employment, she’s former director of the Museum of Contemporary Art in Roskilde as well as principal of Funen Art Academy.

Sanne Kofod Olsen is currently acting board member in the cultural events fund Odd Production, the committee of Academic Guest House by Bikuben Foundation New York Inc. and Remmen Fonden. She is a former member of the boards of the Danish Art Council (2011-14), Danish Center for Culture and Development (2012-16) and Novo Nordisk Foundation’s Committee for Artistic and Art Historical Research (2011-18).

Sanne Kofod Olsen is already a cherished member of the SCENATET board of directors, as she has acted past year’s vice chairman, demonstrating her wide experience with contemporary art in a cross-disciplinary perspective.

On working with SCENATET, Sanne Kofod Olsen says:
”SCENATET is an incredibly exciting and innovative ensemble that, based on music, works within cross-artistic expressions by incorporating both visual and performing arts into its artistic expression. SCENATET is an ensemble that, both internationally and in Denmark, is a tremendous force in the development of an entire art form which reaps impressive recognition on a global stage. In late summer, SCENATET has developed a new and ambitious strategy aimed at new audiences and even larger international productions. I look forward to helping develop and implement the strategy together with SCENATET’s artistic director Anna Berit Asp Christensen, the musicians of the ensemble and the rest of the board.”