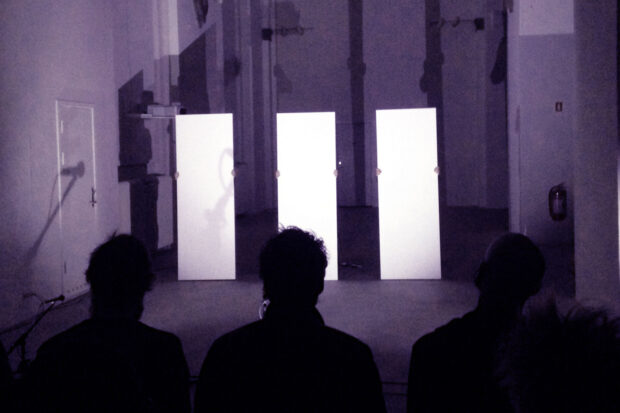 Serious playing with SCENATET and Pamplemousse

On March 14th SCENATET and the American avantgarde ensemble, Ensemble Pamplemousse, played a common concert at Nikolaj Kunsthal in Copenhagen as part of CPH:DOX‘s audio-visual concert programme – performing both pieces by members of Ensemble Pamplemousse, composer Christian Winther Christensen and sound artist Cathy van Eck. Ahead of the concert, promises of a playfulness and exploration of new musical spheres were made, and according to the magazine Seismograf who were among the audience, SCENATET and Ensemble Pamplemousse fully lived up to this.

In their concert review, among other things, Seismograf writes:

“SCENATET invited the closely related Ensemble Pamplemousse for a concert in Copenhagen, and the result became a close study of stylized fun and rampant playfulness as well as a short introduction to the verbal universe of the American president […] A refreshing and confrontational concert, you would wish there were more of”.