Commissioned by Scenatet, Touch for Touch will be the final part of composer Niels Rønsholdt’s trilogy about relations and in particular the paradoxical loneliness that inhabits every human relationship.

In Touch for Touch, the central part of the composition process is that the movement is not choreographed after the music, but vice versa. Based on video recordings of the musicians’ acting bodies, the music is composed and the movements are recreated live by dancers. The music is thus created by movements from the bodies that play the music. The performance is wordless, based solely on movement.

The trilogy explores the love relation from three different angles: The word, the gaze, and the touch.

Word for Word (2014) has been staged in two different versions at the Spor Festival, the Museum of Contemporary Art, and at The Royal Danish Library. It was critically acclaimed a.o. in British Journals of Music and received a 6-star review in Aarhus Stiftidende.

Gaze for Gaze (2017) was premiered by Scenatet and since it shown at Spor Festival 2018 and Warsaw Autumn 2019. It received a 5-heart review in Politiken, and the acclaimed British magazine Tempo wrote: “Gaze for Gaze is a dark and immersive experience that takes some essential steps in bringing opera out of the dark and into the twenty-first century” 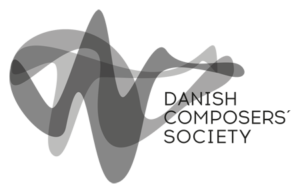